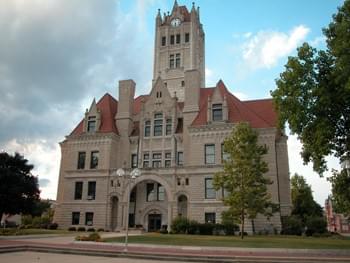 Turk Heating & Cooling is proud to serve the Greenfield community!

We offer the following in Greenfield, IN

About Greenfield, IN - Happy to be your hometown Heating & Air Conditioning Contractor!

Situated in the county seat of Hancock County, Greenfield is a city with an estimated population of more than 20,100 residents. Lying in the Center Township, Greenfield is a part of the Indianapolis Metropolitan area and best known for its school systems, desirable residential neighborhoods and thriving commerce.

After Hancock County was created in 1828, Greenfield was declared as the county seat in the same year. The first businesses to be built in the area were gristmills for grinding wheat and corn for settlers. The National Road, the first major improved highway in the U.S, was built through the county in 1835, which facilitated in the transportation of livestock going to Cincinnati and wagon trains going west.

The first steam railroad was completed at the south edge of the city by the Indiana Central Railroad in 1853, which became a part of the Penn-Central and Pennsylvania Railroad System. These tracks, however, were removed later in the 1980s. During this period, the population of Greenfield continued to grow, and it wasn’t long until it gained incorporation in 1879.

Massive growth was experienced in 1887 as natural gas was discovered in the area, and this led to the foundation of manufacturing plants as well as other industries in Greenfield. As of today, the city is not only the county seat, but also the largest town between Indianapolis and Richmond, growing at a steady pace.

Greenfield-Central Community School Corporation, which consists of one high school, three elementary schools, one junior high school, two intermediate schools and, serves the students in the city and the surrounding areas of the county. During the 2000s, Greenfield’s rapidly growing population led to the establishment of Greenfield Central High School, and it underwent renovation in 2011.

Additionally, there are many businesses with significant operations and/or headquarters housed in Greenfield. Some of the most prominent include University Loft Company, Avery Dennison, Stanley Black & Decker, Covance, Novelty Inc., Elanco, Keith Indiana Precision Technology, Hancock Regional Hospital, among various others.

Greenfield receives 45 inches of rainfall and 20 inches of snowfall per year. With the average high in the summer season about 61 degrees; it’s important to have an air conditioning system in place to make it through the heat. Additionally, with the mercury reaching as low as 19 degrees in the winter season, having a heat pump installed is a great way to battle the wintery days and nights.