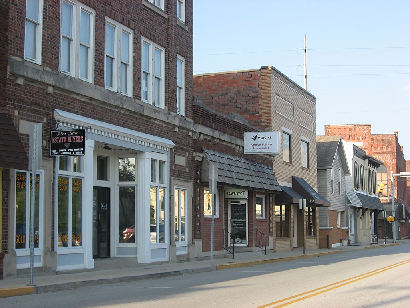 Turk Heating & Cooling is proud to serve the Greenwood community!

We offer the following in Greenwood, IN

About Greenwood, IN - Happy to be your hometown Heating & Air Conditioning Contractor!

Situated in Johnson County, Indiana, Greenwood is vibrant, growing city with an estimated population of more than 55,600 residents. Conveniently positioned between Interstate 86 and Indiana State Road 37, it is one of the most populous suburbs of the Indianapolis Metropolitan area and shares a border with the city of Indianapolis.

Isaac and John B. Smock were among the first inhabitants of the area and they built the first cabin in 1823. At that time, Greenwood known as “Smocktown” to honor the brothers. In 1825, the name was changed to Greenfield, but since there was already another Greenfield in Hancock County, the town was soon renamed to Greenwood.

Much of Greenwood’s early growth is attributed to the Polk Canning Company - a canning operation that canned an array of vegetables grown in the state of Indiana. The company later stepped into the dairy market and delivered milk to customers. Indianapolis’ first interurban electric railway, which was opened in 1900, ran between Greenwood and Indianapolis.

Greenwood gained incorporation in 1864 and was classified as a fifth-class city under Indiana law in 1960. Years later, in 2010, Greenwood became a second-class city, and since then has been one of the fastest growing cities of the state, with a renowned reputation for a great sense of hospitality and community.

Today, the city is the fifth most affordable suburb in the United States, according to Movoto.com - a popular real estate blog. Many large employers are also housed here including Endress+Hauser, Nestle Waters, Indiana American Water, United Natural Foods, Ulta as well as ALDI, among others. Greenwood Park Mall is the premier shopping destination of the city.

Greenwood receives 43 inches of rainfall and 13 inches of snowfall per year. With the average high in the summer months around 84 degrees, having a reliable air conditioning systems is crucial to keep you and your family comfortable and cool during the heat. Moreover, as the mercury drops as low as 19, installing a heat pump should help you make it through those cold wintery days.